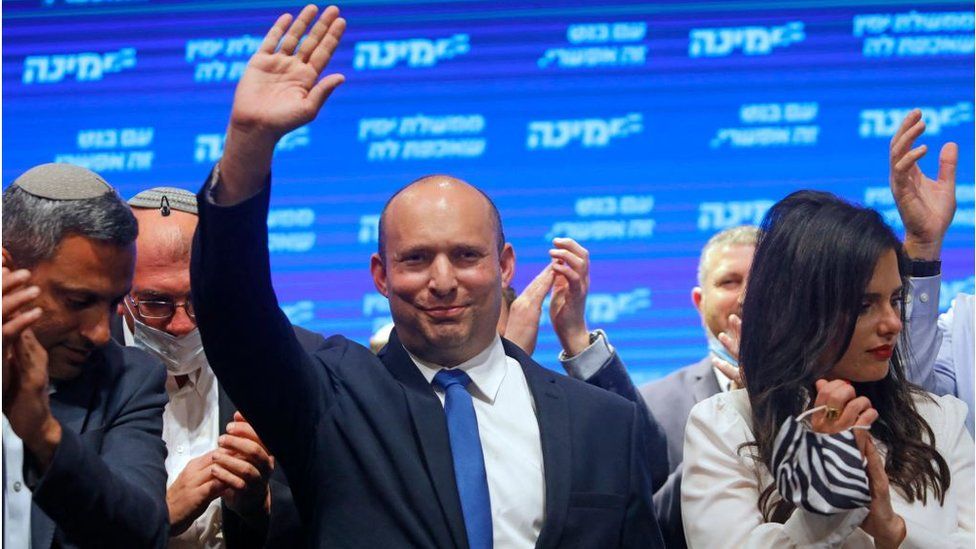 1
Bennett was born in 1972 to American parents.

2
He grew up in Haifa, and studied at the ‘Yavneh’ Yeshiva High School in Haifa.

3
He holds a Bachelor of Laws (LL.B.) degree from the Hebrew University in Jerusalem.

4
In 1999 Bennett co-founded the high-tech company Cyota, which specializes in online information security. The company employs some 400 workers, and in 2005 it was sold to an American company for $145 million.

5
Bennett also served as the CEO of Soluto, which was sold for some $100 million.

7
In 2005 Bennett was appointed the chief of staff of then-Opposition leader Benjamin Netanyahu. In this capacity, he helped formulate Netanyahu’s education reform plan.

8
Bennett also ran Netanyahu’s campaign ahead of the primary elections for the leadership of Likud, which Netanyahu won.

9
In 2009, Bennett was appointed director general of the Yesha Council and led the fight to cancel the construction freeze in Judea and Samaria and to reinforce the settlement enterprise.

10
Bennett, along with Ayelet Shaked, founded the My Israel movement, which fought delegitimaization of Israel, post-Zionist organizations and boycotts of Israel. For its activity, the movement won the 2012 Media Criticism Award.

11
In 2012, Forbes Magazine placed Bennett on its list of former members of Israeli commando units who succeeded in the business world.

12
He published his popular book ‘Exit’, which assists hi-tech entrepreneurs in Israel in 2012.

13
Bennett is one of Israel’s leading spokespersons and regularly presents the country’s positions in the foreign media.

14
In November 2012 Bennett was elected chairman of Habayit Hayehudi – National Religious Party, and during the elections for the 19th Knesset (in 2013), he led his party to a historic achievement – 12 seats in the Knesset.

15
Bennett was appointed Minister of the Economy, Minister of Religious Services and Minister of Jerusalem and Diaspora Affairs with the formation of the government in 19th Knesset.

16
He was member of the Political-Security Cabinet and chaired the Cabinet of Ministers to Lower the Cost of Living.

17
In the elections for the 20th Knesset (in 2015), Habayit Hayehudi chaired by Bennett won eight seats in the Knesset.

18
Bennett was elected the Minister of Education and Minister of Diaspora Affairs in the 34th government.
In 2015 Bennett began his tenure as Minister of Education and implemented the ‘Small Class’ reform, which reduced the number of students in a classroom. He also carried out the ‘Second Assistant’ reform, in which 4,600 assistants were recruited to kindergartens for children aged 3-4, in order to provide children with more personal and warm treatment, as well as better education.

19
Bennett spearheaded the national plan for strengthening mathematics and science studies, which was initiated by his office due to a deep crisis caused by a decline in the achievements of Israeli pupils in these subjects over the course of a decade. The trend has been shifting, and Israel is on its way to its proper position in this field – a world leader.

20
Bennet ended Benjamin Netanyahu’s 12-year reign as Israel’s Prime Minister.
He was sworn in on Sunday following weeks of intense political drama that ended Netanyahu’s government with a razor-thin majority of 60 to 59 in the 120-seat chamber, amidst wild jubilation among Israelis circulating all over the social media.

20 things to know about Naftali Bennett