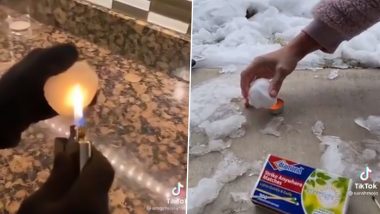 Videos have taken over TikTok, and Twitter which shows netizens are burning snowball. Why? Well, some of them think that the snow in Texas is fake! Hence, in a bid to ‘prove’ that the snow is fake, they lit the snowballs on fire. Know the science behind snowballs turning black and not simply melting.