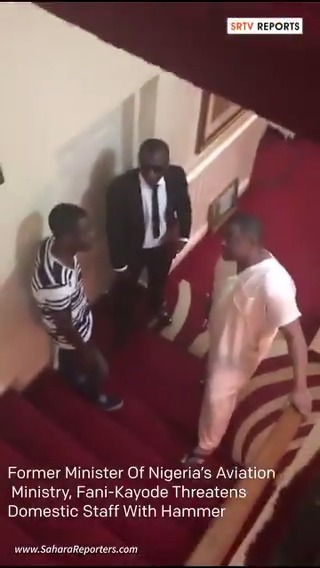 Former Minister of Aviation, Femi Fani-Kayode allegedly threatens domestic staff with hammer.
In a new video released online by SaharaReporters, the former minister was captured questioning why his domestic staff left the room.

The domestic staff in his defense, he was heard telling FFK that he only left the room when he was told that the NEPA was around to check the miter.