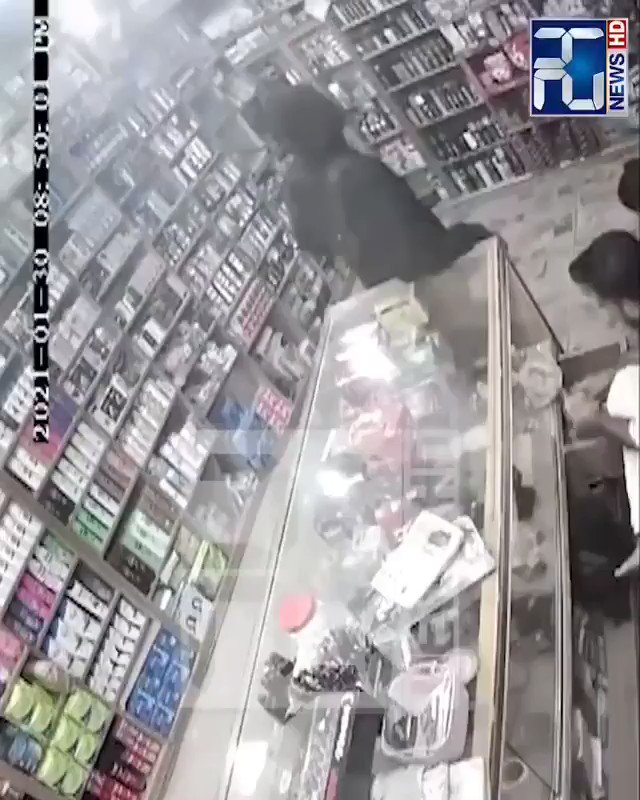 A hilarious video of a conversation between a shopkeeper and robber in Pakistan has gone viral on social media, eliciting laughter.

The video captured on CCTV first shows the robber entering the store. At first, he picked up some goods from the shelves and handed them over to his accomplice, and told him to put the things in the car.

Meanwhile, without being asked, the shopkeeper starts putting the money in a bag and prepares it for the robber.

The robber then asks the shopkeeper to give him some “big notes”, in response to which he says he doesn’t have them because there is no work. The robber asks,”Bade note kahan hain,” to which the shopkeeper replies, “Abhi kuch hua hi kaha hain,” meaning he has made no sale yet. “Hamare paas bhi nai hai yaar, hum to majburi e kar rhe..,” the robber says. The shopkeeper then requests him, “Fir se mat aana bhai,” to which the robber responds, “Inshallah fir nahi aayenge.”