October 26, 2021 odunayoLeave a Comment on Maria Replies Blogger Who Asked For An Interview About Her Husband Snatching Controversy With Chiefpriest

Former Big Brother Naija Housemate Maria Chike Benjamin has reportedly reacted to the allegation making the rounds on social media on snatching a married man and threatening his wife. 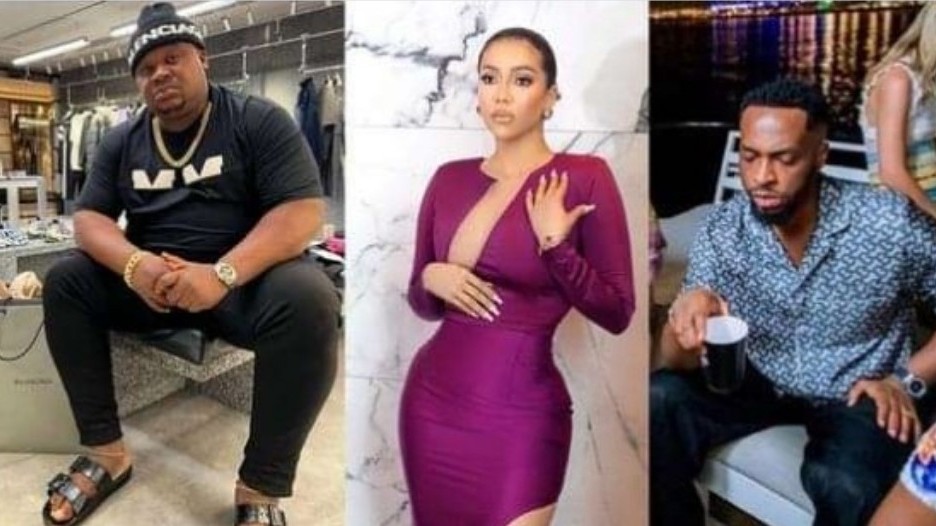 We recall that Cubana Chiefpriest, in a post shared on Instagram, opined that there is nothing sweeter than family and called on wives to stay woke as Maria is coming for their husband.

According to Cubana Chiefpriest, Maria stole his sister’s husband and constantly sent her threat. Hence, he vowed never to allow such an act to slide as he promised to go after Maria in Dubai.

Nigerian Journalist Stella Dimoko Korkus had contacted Maria on Monday 25th October to get her response on the issue and her side of the story.

However, when questioned on the allegation, Maria responded, saying it is well while appreciating the journalist who reached out to her.

She said ”Hi, sorry all is well. Thanks for your concern”

Maria who is currently in Dubai has also deactivated commenting on her Instagram page.” 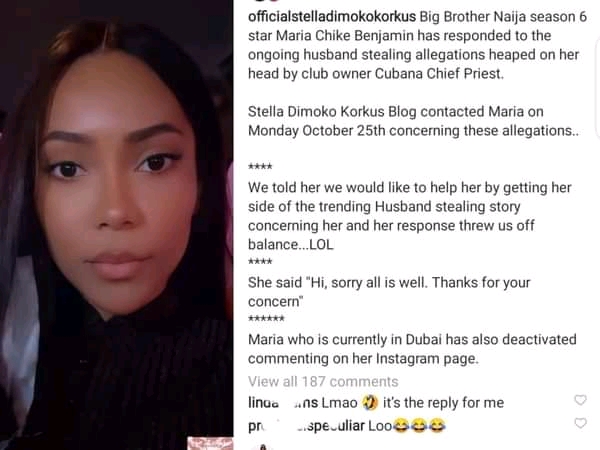