Parents Storm School Premises; Hijacked Headmistress and Throw Him Out 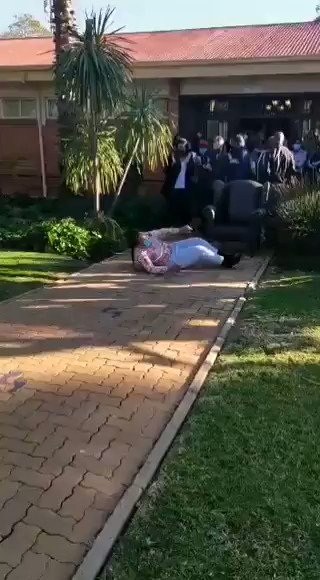 Per what our portal gathered indicates that a Headteacher got what he did not for as angry parents vent their anger on her.
The footage has attracted much attention and also generates massive reactions from social media users, leaving them talking unceasingly.

In more detail, the South African principal ‘thrown out’ of her school by furious parents after violence broke out at Theresa Park Primary School in Tshwane.

Video footage captures the bizarre moment that the principal was carried out of the front door of the school, while still sat in her chair.

The mob of frustrated parents can be seen dragging her outside – only for the woman to be unceremoniously dumped from her seat.