Pregnant woman disgraces man in public as they fight over pregnancy

Nigerian man and his pregnant girlfriend were recently spotted publicly engaging in a verbal fight over the lady’s 8-month-old pregnancy. 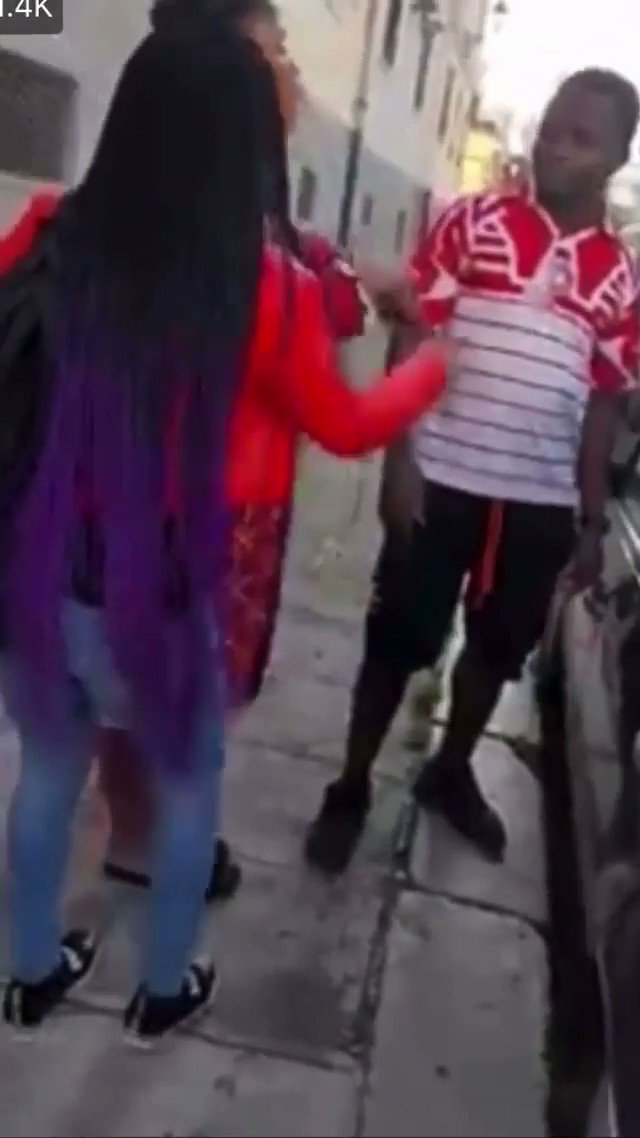 In the viral video the estranged lovers argued about the paternity of the child. While the pregnant lady insisted that the Nigerian man is the father of her unborn child, he denied being responsible for it.

The man alleged that while he was away for a job 9 months ago, he got reports that she was cheating on him.
Meanwhile, a mutual friend who supported the lady, maintained that the duo slept with each other and the pregnant lady was there for the man when he had nothing.

The pregnant lady who later held on to the man’s cloth, revealed that she asked for a DNA test but he refused.