VIDEO: Angel, you owe Queen an apology for flirting with Boma knowing that she was with him – Liquorose

While preparing for the Saturday night party, the housemates were sitting down in the lounge and they started reminiscing about the first impression they had of each other when they first came into the house. 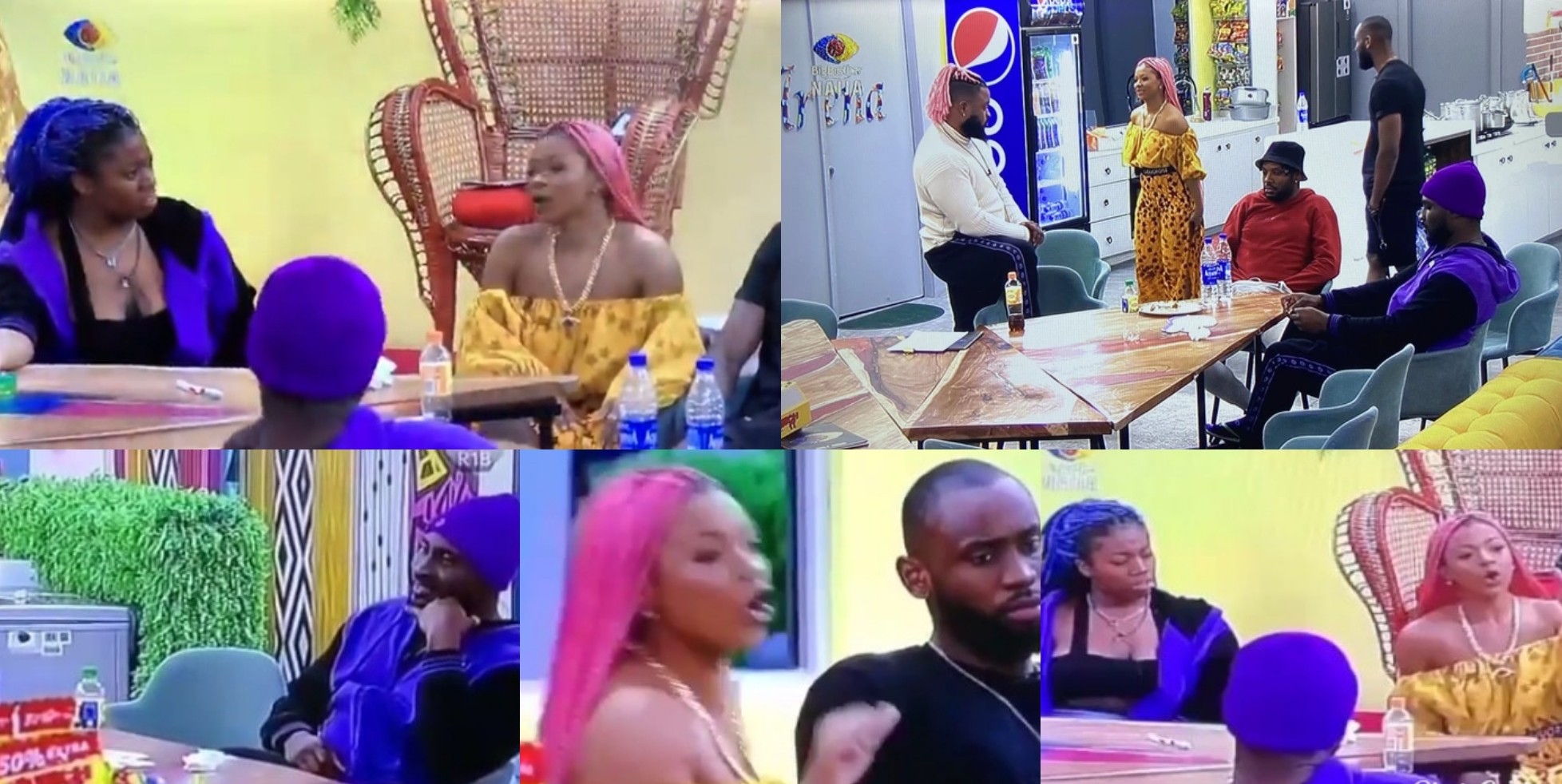 During the course of the discussion,they spoke about Queen’s relationship/situationship with Boma when she first entered the house and Liquorose made a remark that Angel was being a fake friend to Queen for not revealing the ordeals she (Angel) had with Pere and Boma to Queen.

Liquorose stated that when Queen came into the house newly, Queen confided in Angel about her attraction towards Boma and Pere and Angel spoke ill of Boma to Queen.

According to Liquorose, after Angel spoke ill of Boma to Queen, the same Angel still snuck behind Queen to continually flirt with Boma and Pere.

Liquorose asked Angel if Angel told Queen about the secret flirting and escapades with Pere and Boma. Angel then replied that she didn’t owe Queen any explanation as at the time those events happened because she and Queen were not really close friends back then.

Pere then supported Liquorose by saying he agrees with her (Liquorose) and that Angel is not being real in her friendship with Queen.

On hearing this statement from Liquorose, Angel got angry and took it personal. She stood up and left the table, stating that Liquorose is fond of saying things that do not make sense. She repeated this statement a few times to the surprise of Liquorose.

–, angel, apology, boma, entertainment, flirting, for, general, him, knowing, liquorose, news, owe, queen, she, that, video, was, with, you