VIDEO: Cross Confronts Angel Over Her Recent Attitude Towards Him 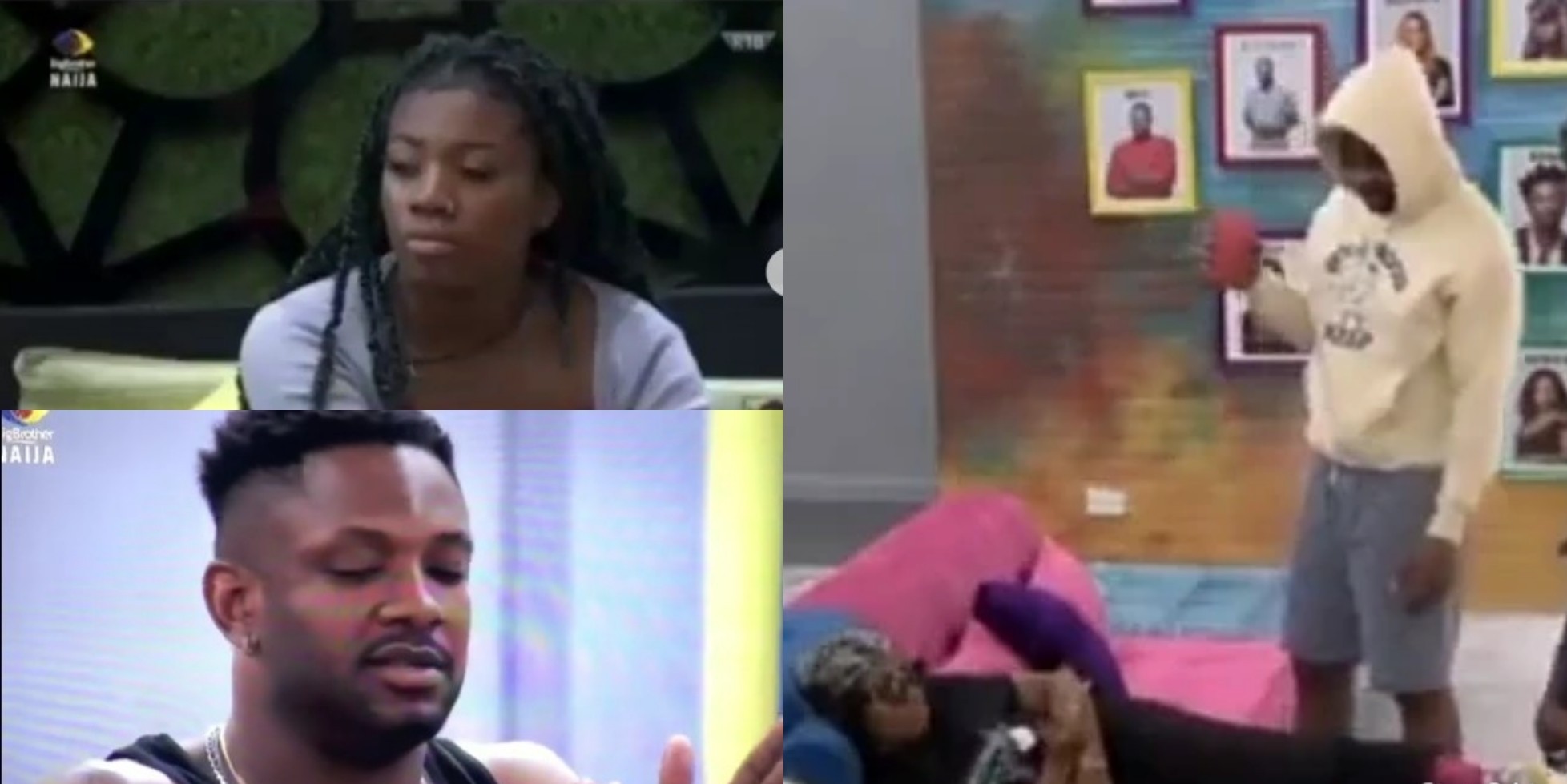 Cross confronted Angel in the mid hours of Saturday, to ask why she distanced herself from him.

Pere, who noticed the friction between them, asked Cross what was happening between him and Angel.

Cross replied,
“I haven’t done anything to Angel, but I have done something serious to her.” “I’m confused,” he said

We recall that Cross in a conversation with Jackie B revealed he’s removing himself in the love triangle involving him, JayPaul and Saskay.

According to him, he feels his love interest, Saskay has made her decision to be with Jaypaul, so he’ll make a U-turn and divert his feelings and energy to Angel.

Recently, Cross has shared numerous passionate time with Angel, but she refused to reveal the reason for her recent attitude towards him.

angel, attitude, confronts, cross, entertainment, general, her, him, news, over, recent, towards, video