On the latest episode of The Buzz, the show’s host, Toke Makinwa, accompanied by her guest and Veteran Nigerian Comedian, BasketMouth, had a conversation about BBNaija Housematés Angel, Cross and WhiteMoney. 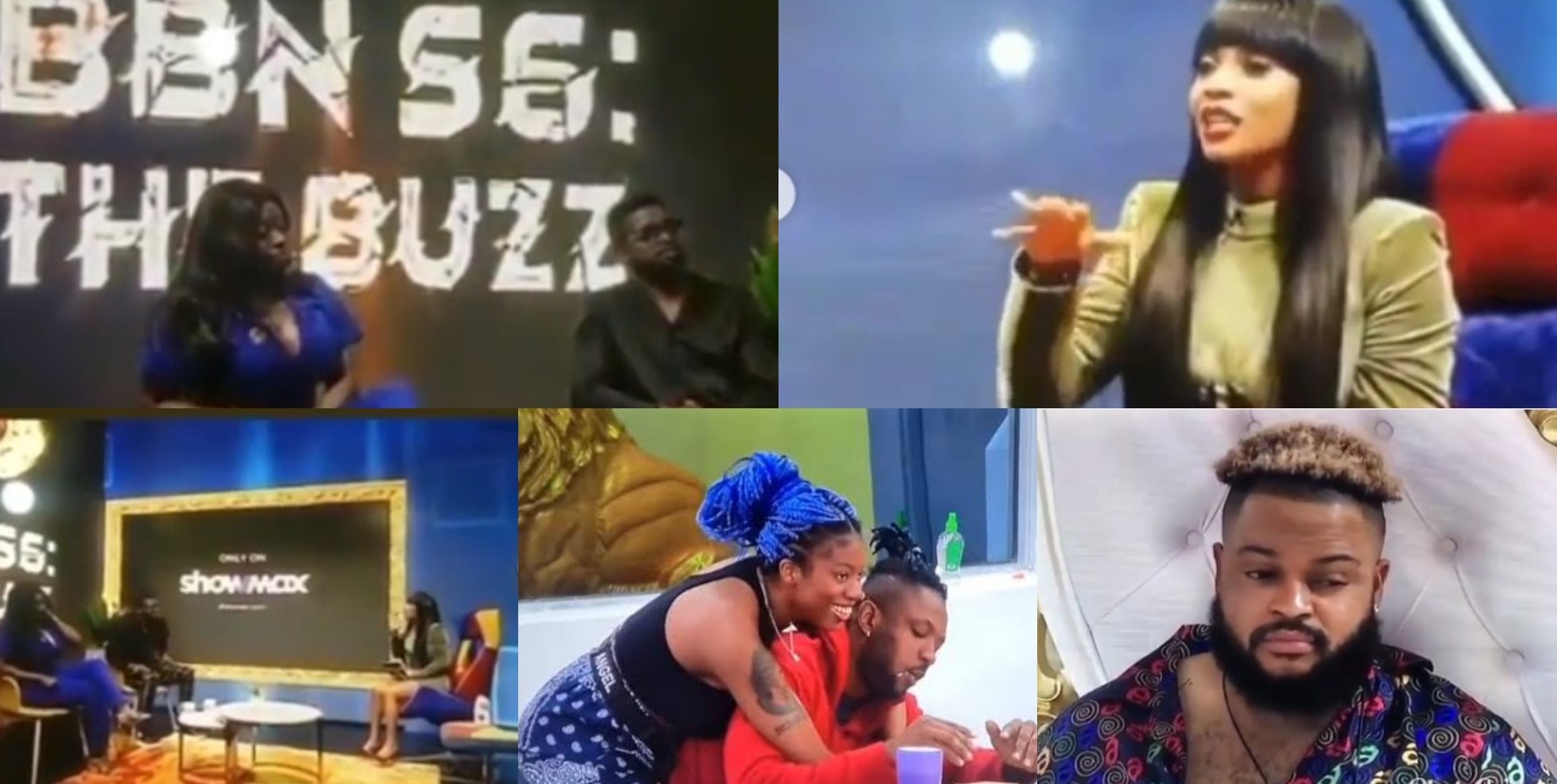 Toke started by revealing what transpired between Angel and Cross in the bathroom. According to her, while they were having their bath together, Cross and Angel couldn’t control their sexual urges as they almost gave in before other housemates interrupted them.

Reacting to her assertion, Basketmouth was very surprised at how far Angel and Cross have gone as friends.

The Controversial OAP also discussed about White Money’s actions in the house. She revealed his actions are suspicious as he is often worried about what viewers are saying hence why he acts consciously for the camera.

She further stated that he might be a married man who has children, and that could be the reason he did not want to get emotionally attached to any of the female housemates.