interesting video involving two women fighting over one man is fast spreading on the internet. 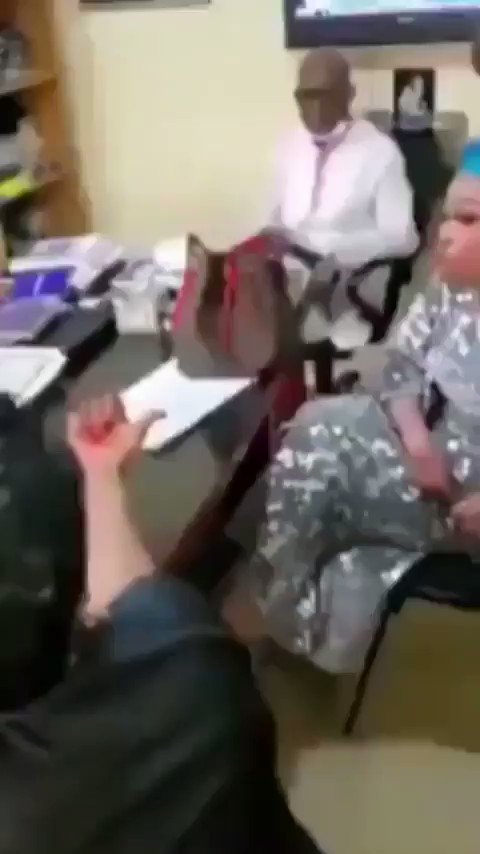 Apparently, one of the women is the legitimate wife while the other one is the side chick of the man who is pregnant for the woman’s husband.

The matter was called up by the police for amicable settlement but things turned ugly as the wife started raining insult on the mistress for trying to break her home.

The action took place in the office of the DPO’s (District Police Officer) office but guess what, the man at the centre of the whole saga sat there unconcerned as the two women squared it off.